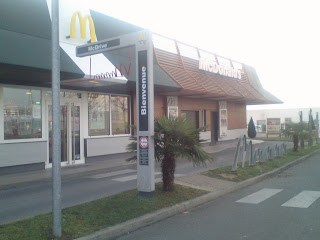 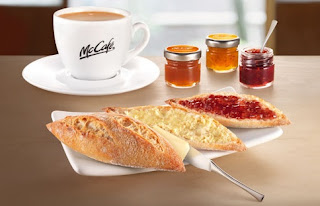 I like McDonald's, Paul doesn't (apart from the coffee), so I don't get to go in very often, he thinks the food is rubbish. On Saturday Paul had to go for his quarterly blood test, he likes an early appointment at the clinic as he can't have anything to eat or drink till after, he wanted to buy some shoes and I needed to get a few items from Intermarche, however the shops don't open till 9am and he was out of the clinic at 8.30 so I suggested coffee at McDonald's, he said yes and so we entered, I have no idea how long its been going but its the first time we have seen McCafé and the first time I have seen Paul enjoy a McDonald's. 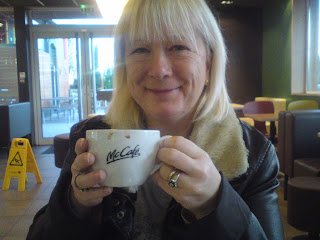 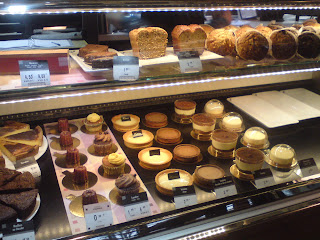 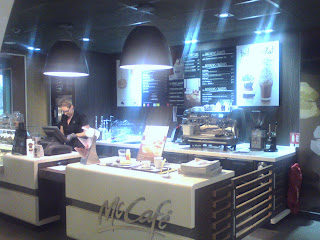 I think that looks like a good place to go. We have only ever been to a McDonalds in Sydney, and I have to admit it put me off going into another one. I was not impressed, but this was many, many years ago. I am sure they have all changed in this day and age of healthy eating. Diane

Its been a few years since weve been in, I know they offer salads but believe this is just so they can claim to sell healthy food. Paul says its vstill the same crap, but at least you can buy an apple. Certainly we will go again, but only if were passing in the morning, we wouldnt make a habit of it.

I think they are a lot better than they have a reputation for, the coffe is always good that's for sure plus an added bonus for me is the free Wi-FI